Precautions for starting the Splitting Machine

Date：2019-06-29
Change the specification, the core of the paper core on the inner and outer winding arms, the pressure roller is in the ready state, notify all personnel to leave the machine and ready to run. Put ANTI-STAICBARS on the main console in AUTO, READYTORUN is on, and MACHINERUN is started. When the inner and outer ends of the machine are stopped, use the unload button to place the film on the prepared unloading cart, cut the film and attach the film roll with the sealant. Use the collet release button to release the collet and check that the film core has left the core. If it is still stuck on the core, manually remove the film manually.
After ensuring that all the film leaves the chuck on the cart, use the film button to lift the winding arm, install the corresponding core, and then attach the film to the core for the next cut.
When the film runs to the set length, the device will automatically stop. While the device is running, you can stop by pressing MACHINESTOP as needed. When a quick stop is required, pressing the MACHINESTOP button is greater than 2S. When an emergency such as equipment or human accident occurs, press EMERGENCYSTOP to stop the emergency. Ensure that the voltage, current and hydraulic equivalents are correct and stable before starting.
Before the equipment is ready to run, all personnel must notify the departure equipment to ensure personal safety before starting the operation. When the slitter is in operation, it is forbidden to touch the running film or core by hand to avoid personal injury caused by hand scratching. It is forbidden to scrape or cut each core with a knife or a hard object during operation. 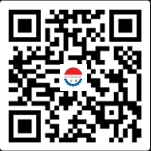 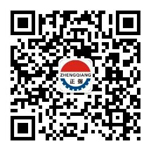